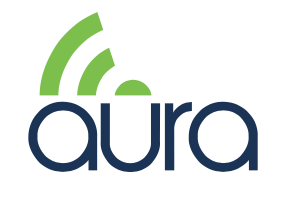 As the dawn of the smart city rapidly approaches, the need for reliable and cost-effective connectivity solutions within urban settings has steadily grown. Add to this scenario a marked increase in internet usage that now sees more people and devices using greater amounts of data than ever before, and a unique problem presents itself: how can a smart city provide its residents with widespread Wi-Fi coverage while keeping labor and infrastructure costs under control?
In December of 2019, INTECH GM Nando Ateho found himself considering this very question. He’d been tasked with deploying a wireless network for a five-day outdoor event held on-site at an up-and-coming smart city development in Utah known as Desert Color. The wireless solution required for this event needed to offer three things: seamless connectivity across a large geographic area, ease-of-configuration for a limited labor force, and overall cost-effectiveness.

The solution he found was Apogee by Aura Wireless.

With construction on its first phase of homes having commenced at the beginning of 2019, Desert Color is well into its first year of development. Touting itself as a “master-planned community built around connectivity, community, and sustainability,” Desert Color is already proving to be one of Utah’s premier smart communities.

With an expected development timeline of 20-or-so years, sights are set high for this small city. Among its future plans are resorts, residential areas, shopping centers, recreational zones, parks, and other community centers like office buildings, schools, and churches. Its growth goals are largely geared toward attracting forward-thinking, well-to-do professionals who value an active lifestyle, connecting with the outdoors, and living a futuristic quality-of-life supported by all the amenities IoT-based living can offer.

But in order to make this vision a reality, developers had to first begin attracting prospects and selling homes. Slated for early 2020, the community’s first-ever Parade of Homes event was prepared to do just that.

In order to showcase the Desert Color community to prospective home buyers, community planners knew it had to live up to some high expectations. The Parade of Homes event was planned with two simultaneous goals in mind: highlighting its allure as a city rich in beauty, style, and community; and showcasing its technical capabilities as a smart city. As such, Brook Cole of Clyde Development knew he needed to find a wireless network solution that would help Desert Color live up to its budding reputation.

Meant to span five days and cover a geographic area of over 15 acres, the event required a well-planned and strategic wireless infrastructure. Visitors would be moving across the area on foot and in vehicles; they’d need to be able to move outdoors and into tents and even inside buildings with ease. While the natural scenery and unique architecture of the city’s homes are a major selling point, the word “connectivity” is plainly stated within the community’s mission statement. Weak coverage and poor performance were simply not an option.

However, deploying a robust, large-scale Wi-Fi network is difficult and expensive. Covering a 15-acre swath of land typically requires dozens of access points, exponentially increasing hardware costs. Additionally, these large networks require a great deal of hands-on configuration by a team of technicians, which drastically increases labor costs. The usual conclusion is that networks such as these are just not worth it.

But what if there were a solution that could change all that?

Once his network solutions options were assessed, Ateho eventually turned to Apogee’s software-defined antennae platform as the cornerstone of his deployment. After taking into consideration Desert Color’s specific needs and requirements, Aura’s team assisted with RF planning by bestowing thoughtful and timely planning and cooperation which would help lay the framework for the upcoming event.

During installation and throughout the Parade of Homes, only two Apogee-equipped access points were required to provide thorough coverage to the 15-acre area. What’s more, Apogee Manager Cloud gave INTECH CTO Leonard Jenkins the ability to not only remotely configure the network, but also be able to remotely manage the network. This meant that instead of dispatching multiple technicians to adjust multiple access points as needed over the course of several days, one technician was able to manage only two Apogee access points from one remote location.

Furthermore, Apogee was able to provide reliable infrastructure support for IoT devices within the area. Because IoT devices are low-powered and, oftentimes, battery-powered, properly connecting them to networks can be challenging. A robust signal – particularly on the return link from the IoT device to the AP – reduces power drain and extends the life of the device, in addition to improving connectivity. Apogee’s asymmetrical gain was ideally suited to overcome these challenges.

From installation and throughout deployment, Jenkins became more and more convinced that Apogee was a wireless solution unlike any other, applauding the system’s ease-of-use, as well as the range and strength of its signal. While providing seamless large-area Wi-Fi coverage across a large span of area can be an insurmountable challenge, Apogee and Apogee Manager Cloud helped provide a reliable network solution for the hundreds of attendees for the Parade of Homes event.

In addition to the remote configuration and optimization that Apogee provides, Jenkins was also impressed with the antenna’s ability to propagate the 5GHz band over very large areas. Typically, the 5GHz band was only utilized for point-to-point; with Apogee, Jenkins documented that 5GHz could be used alongside the 2.4GHz band for point-to-multipoint, thus doubling the number of usable channels and truly delivering two non-interfering networks side-by-side.

But ultimately, it was its long-term cost-effectiveness that brought its benefits full-circle. Ateho’s verdict?  That a better-quality solution with a more efficient signal and easier-to-manage antenna software equals a greater, long-term value.

He plans to deploy Apogee in future projects.

Read full release
We use cookies on our website to give you the most relevant experience by remembering your preferences and repeat visits. By clicking “Accept All”, you consent to the use of ALL the cookies. However, you may visit "Cookie Settings" to provide a controlled consent.
Cookie SettingsAccept All
Manage consent