This past Monday, June 20, we celebrated World Wi-Fi Day, but what exactly is it, and where did it come…

Research by Parks Associates shows that 43% of U.S. MDU residents use smart home technology in their apartments. However, only 34% of MDU…

This is an excerpt from ENEA’s white paper Wi-Fi in the 5G Era – Strategy Guide for Operators. The full…

The Jetsons, an American animated series from the 1960s about a nuclear family living in a satirical version of the…

June 8, 2022: Plume Announces Three New Independent Directors to its Board

Why UWB Certification Matters Looking back at the history of great wireless innovations, the common factor that has launched technologies…

May 23, 2022: ATSSS the Future of Wi-Fi and Cellular Convergence

This is an excerpt from our white paper Wi-Fi in the 5G Era – Strategy Guide for Operators. The full…

Taking a Look Back: Cognitive’s 2021 in Review 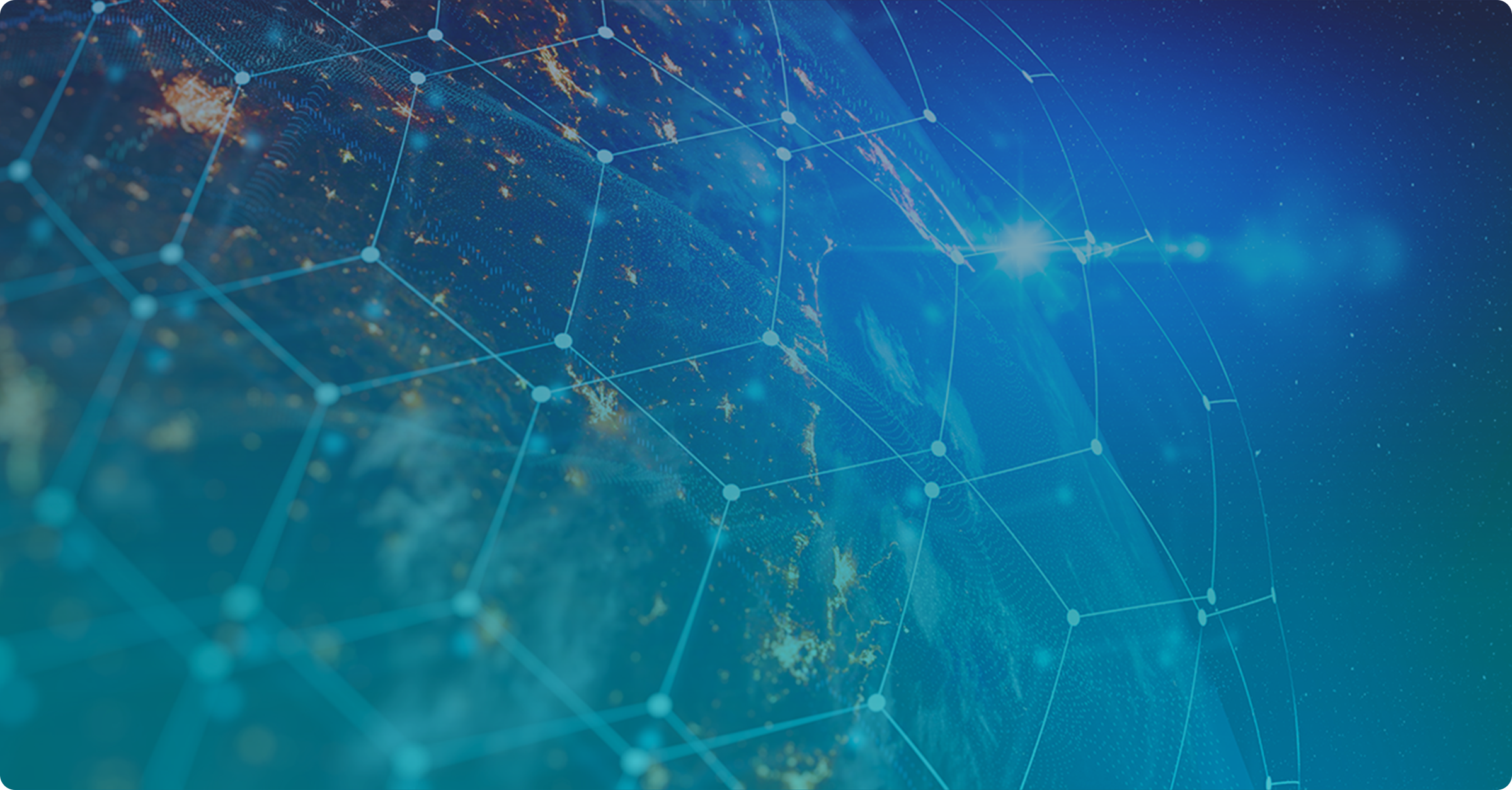 2021 has been a year that many are glad to finally see the tail-end of. No one would have expected what lay in store for the world when I was writing my predictions piece looking ahead at 2019. Almost two years since the beginning of the COVID-19 pandemic and the world is still feeling its effect. The tech industry, like countless others around the globe, is still experiencing the impact. Some good and some bad. However, such times have also brought to light great perseverance, innovation, and bravery. But, with the end finally in sight, both myself and Cognitive Systems are excited for what 2022 has in store. As we look ahead, I am most excited to see WiFi technology and WiFi Sensing enabling a truly smart future for the home and helping set new standards for connected devices.

HOW CAN WE GET THE WIRELESS INDUSTRY BACK ON TRACK?
As I alluded to above, there were few left untouched by the pandemic. With all the challenges associated with fighting back, supply chain issues became one of the defining features of the last few years. The world had very much shifted to be focused on procurement; a challenge we will continue to see being prevalent over the next year and into 2023 as we attempt to get those supply chains back in gear for people to be able to deliver new hardware solutions or products.

Unfortunately, the challenges of delivering hardware to customers and the gradual ramp-up back to pre-COVID production volumes, are having a detrimental effect on technological innovation. WiFi 6 and WiFi 7 are very much the big-ticket items in the hopper for the wireless industry. Companies are already producing demos while chip design is ongoing. But this development process is being curtailed by the silicone and chip shortages needed to innovate within the typical timeline. For example, now you might have to order chips, in some cases, 18 months before you actually need them. Demand is just too great. In fact, right now, many delivery drivers are even struggling to fit all of their packages in one truck at a time. Shipping processes have had to evolve. And so, it’s clear that an emerging theme in tech this past year has been that disruptions to the supply chain are hindering the development and deployment of new technology. The delivery of new technologies is simply going to take longer as access to hardware remains the #1 problem.

I believe companies will have to innovate if they can’t deliver their hardware. They will have to take what they already have and try to improve on it some other way. The only logical way to really do that is through software. If you can’t deliver more products into the market because of procurement then you have to work with your available resources and improve through software upgrades instead. As well, companies will have to scale their timelines and look further ahead to avoid or best prepare for these types of challenges in the future. I predict that an increased focus on software solutions and hardware being built to accommodate software innovation will become necessary. Producers in tech will need to ensure that their product has enough processing power to support all this software innovation that is outpacing them currently. Luckily, these problems will eventually rectify themselves as we settle into a post-COVID reality and industries can finally pivot. But, it will fundamentally change how companies and entire industries approach planning and supply chain management.

WHO IS DRIVING THE FUTURE OF THE SMART HOME?
When the average user thinks about the future of the smart home, they’re probably imagining something from the Jetsons. It’s much more likely that in the future, the smart home will look similar to what we have now, instead of some radical futuristic change. Ultimately though, the future is currently being decided by the industry, not the user. As smart device adoption and ecosystem integration are still scaling up, we as consumers are still following the trends fed to us by connected device manufacturers based on what they think belongs in a smart home. I mean, many of us wouldn’t even consider our own homes smart, even if most of us own something like smart plugs, a voice assistant, a smart TV, etc. Since the industry seems to be driving the smart home, you can expect to see devices and products focused on more gimmicky solutions based on companies creating what they believe the consumer wants versus what they actually want. Right now, the biggest focus as spurred by consumption are entertainment and convenience, but the smart home will eventually peak at a point where users just don’t need anything else.

As the market becomes more saturated with connected devices, I expect brand-driven ecosystems to continue to be in demand, namely a combination of a central network based around one company (such as Apple or Google) combined with devices from third parties which easily work with that central brand. I think we will see this hit the market in one of two ways, either full packages of technology that work together or a variety of separate devices that lead to more organic growth such as how you now need the iPhone to control your Apple watch. Both have the potential to overcome current market challenges. Take for example a common choice to charge wearables at night. Now suddenly you have a gap in coverage during a critical time period. Companies need to think about devices such as a charging station that doubles as a tracker to fill that gap. Layer motion intelligence into the mix and you can add more context without more hardware. These large companies know that while they will be the central piece and likely the biggest benefactors, they need compatible third-party companies so they can offer these new features and services. They can’t and won’t be able to dominate all the different smart home/IoT industries. That’s why we see many of these larger players deeply involved in associations like IEEE and Matter who are pushing for standards and initiatives that will help them safely expose CSI to work with more tech partners.

WILL VOICE ASSISTANTS FINALLY MATCH HUMAN COMMUNICATION?
Voice assistants are easily one of the most common smart devices, whether that be through your phone, smart speakers, TV, or dozens of other systems that can be activated with a few simple words. They are used for a variety of reasons such as setting timers or alarms, playing music, making phone calls, etc. However, the problem with these devices is that they require very specific input to work well. For example, in order to trigger a Google Home, you would have to say the phrase “Hey Google” and then speak a pre-defined selection of options. If you mess up these phrases or typical commands then the voice assistant usually can’t recognize what you want. That’s why there’s still much growth in the future of voice assistants – one that will see greater flexibility and modularity. Eventually, voice recognition will evolve into something closer to talking to an actual human being that is able to recognize nuances in conversation and understand conversations like a human would. And I expect that we could easily see that become a reality within the next 4 years or so.

My main takeaway from the bright future of voice recognition is that it closely mirrors what I see to be the future of WiFi Motion. When voice assistants were still in their infancy, many linguistics experts believed the technology would never take off. Now they’re everywhere. Voice recognition grew as a result of companies being willing to invest in the technology and expand functions that had seemed previously impossible. This is the same type of critical mass needed for motion intelligence to achieve some of these far-out functionalities. As well, WiFi Motion needs time to learn through people using it. This is similar to how voice recognition can listen to changes in audio frequencies and thus develop a much wider and more substantial set of training data to understand, for example, how “dog” can be said with different intonations or accents or even languages. WiFi Motion doesn’t yet have the same extensive data set to know that maybe you’ve stood up from a chair. But that doesn’t mean it won’t be able to in the future. The more the market and general interest grow, the more we will be able to build out further applications.

WHAT’S NEXT IN HEALTHTECH: AGING IN PLACE?
I want to grow old at home. In fact, 9 out of 10 U.S. adults would prefer that to a retirement home or assisted living facility. It’s only natural to want to live where you feel the most comfortable. New technologies are making a future where this is more realistic. This desire is only growing, especially as developing technologies are emerging to make this desire a real possibility. COVID, specifically, has also shown us how vulnerable our long-term care system is. But, the last two years have created a new opportunity for tech in seniors’ homes. Simple changes brought upon by the pandemic, such as Zoom calls or FaceTiming with elderly loved ones, are opening their minds and onboarding them to the benefits of technology. Going forward, technology companies will need to keep this new, growing industry in mind as they create tech that can fit the expectations of seniors. In particular, accessibility, ease of use, and quick setup are going to be key markers for successful tech in this market. As well, preventative care is currently and will continue to be a huge trend, and it’s something that Cognitive has designed our entire caregiving solution around. The opportunity to identify illnesses or injuries before they become critical and need hospital intervention is going to become even more important. As the huge baby boomer generation continues to age, they will eventually overwhelm our hospital systems if the industry doesn’t focus on developing technology and products to support early intervention before something becomes critical.

That’s why I think there is a very palpable appetite for supporting technology and services allowing people to age in place gracefully. You can even see that from the number of startups in this space alone. I believe that aging in place will not only be the norm but also the most affordable option versus a retirement home. After all, the more normalized this concept becomes the more affordable it will be as well.

WHAT’S NEXT FOR COGNITIVE?
While the world around us is changing at often times a blistering speed, the one thing that remains is that people want innovative and helpful technology. WiFi Sensing has the real potential to not only contribute to many of these forecasts, but truly change the WiFi and smart home industries. I’m excited to see WiFi Sensing become accepted on a larger scale through standardization and thus become essential in homes. I believe that WiFi Motion will be standard in 5 years, meaning motion capabilities in nearly every router or gateway.